Great American Music Hall in San Francisco, CA. Cryptopsy played on this tour as well, but didnt get any photos. I believe this was on the Puritanic Tour. Nick Barker was the drummer for that album, and the tour, and it was awesome to finally see him play. I was right up in front of the stage. If I put my hand on the stage it could have been stepped on. Dimmu Borgir isnt the most active band on stage, but they really don’t need to be. I’m just not into the older, longer, and seemingly slower songs they tend to play live. Its their history, so they have to, but I got on the wagon when Puritanic came out. The sound quality is just sick. It bumps in the ride, and has a clarity that a lot of my cd’s do not have.

This show was my first time seeing Cryptopsy. Flo killed it. I think they were touring for the …And Then You Will Beg album. 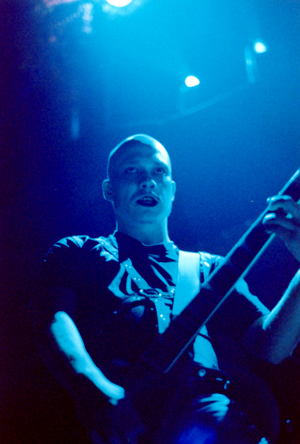